I'm sure I'm not the only one who would find the cost of a new boiler prohibitive. I had to buy a new one about 8 years ago. The previous one lasted 18 years. When the new rules for CH come online in 2025 there are a few questions raised. will I still be able to get parts? Will there be the same drive to replace gas fires? I for one was extremely grateful that I hadn't changed to an electric fire when the area I live had 4 days of power cuts after storm Desmond, the gas fire was my only form of heating.
I don't have a large enough garden for ground heat pump, I've considered a small wind turbine but don't know planning requirements or whether it would be efficient enough. My house doesn't face the right direction for solar panels. My house probably wouldn't be suitable for a passivhaus refit.

Any suggestions?
D
Hi Suepal, I suspect there is an answer not too far away. Worcester have developed a boiler that runs on hydrogen and have asked the government to mandate that all new gas boilers in future should be duel fuel, being able to use town gas or hydrogen. With the move to ever increasing production of renewable energy from wind turbines and solar panels, and the problems this creates for consistent electricity supply, some countries including Germany are building hydrogen production plants using the excess peak electricity. So hydrogen could in time replace natural gas as an energy source. How soon? Good question. 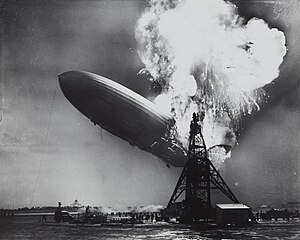 ​​​​​​​
D
Yep, but there are a few hydrogen cars driving about testing the technology, and natural gas itself isn’t exactly inert!!

Fair enough. I assumed domestic boilers would burn the fuel, whereas cars probably use a fuel cell which somehow seems safer. Cars could drive to the pump to fill up with liquified hydrogen, but how would the hydrogen get to houses?


25 quid;51516:
Fair enough. I assumed domestic boilers would burn the fuel, whereas cars probably use a fuel cell which somehow seems safer. Cars could drive to the pump to fill up with liquified hydrogen, but how would the hydrogen get to houses?

Wow, interesting and a lot to digest. Seems like you could add 20% hydrogen fairly easily, but risks are various including to the steel of the pipes you mention.

Enjoy the simple things in life
A
Userlevel 3

It seems the gas boilers are to be banned for new builds only, so there will still be a large market for replacement gas boilers in existing properties for quite some time.

This makes sense economically as it is much much cheaper to put in eco-friendly ways of house heating such as heat pumps or Passiv-House style heat recovery ventilation systems.

The ban on gas central heating in new homes should encourage heating companies to switch their attention and research to newer methods, as we have finally seen car companies realising that electric or hydrogen or other zero-emission systems are the way forward.

Of course many people will complain that more efficient heating systems will put up the cost of new houses when we already have a shortage of housing.  But actually it’s better to pay £5K more for an efficient house now, and save £10K or £20K over the next decade or two.

Login to the community

Enter your username or e-mail address. We'll send you an e-mail with instructions to reset your password.

Sorry, we're still checking this file's contents to make sure it's safe to download. Please try again in a few minutes.

This file cannot be downloaded

Sorry, our virus scanner detected that this file isn't safe to download.


We use 3 different kinds of cookies. You can choose which cookies you want to accept. We need basic cookies to make this site work, therefore these are the minimum you can select. Learn more about our cookies.